Save the Slots at Racetracks Program

The Slots at Racetracks Program was created by the Ontario government to increase provincial revenues after a number of communities rejected proposed casino developments in the late 1990s. Under this revenue sharing arrangement, Ontario Lottery and Gaming (OLG) slot machines were placed at the seventeen horse racing tracks across the province, with the horse racing industry and the provincial government sharing the profits.

For more than ten years, the Slots at Racetracks Program has been a highly successful partnership, generating over $9 billion in revenue for the province of Ontario.

The revenue sharing arrangement has been credited with supporting more than 55,000 jobs in the horse racing and breeding industry, and generates more than $2 billion in economic activity each year through the production, care, training and racing of horses in Ontario.

The Provincial Liberals delivered an austerity budget in 2012 that will eliminate the Slots at Racetracks program this year, putting tens of thousands of jobs at risk across the province.

PSAC represents members who work at Georgian Downs Racetrack and Slots workers at Woodbine. PSAC is fighting to protect our members’ jobs and investments in our community.

Please contact your local MPP and tell them to support the Slots at Racetracks Program. 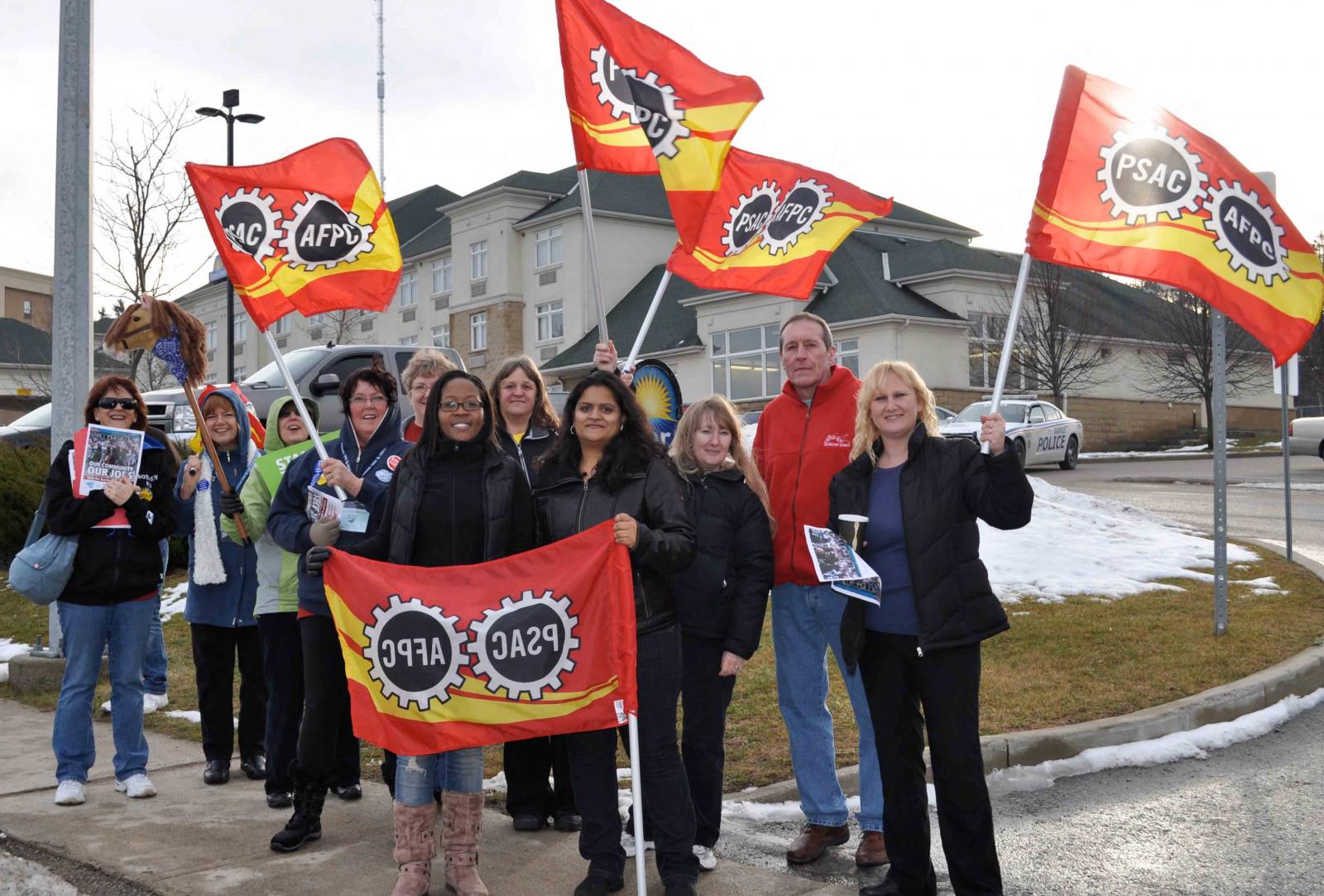 Save the Slots Program Rally

PSAC Ontario’s "Fight Back" Campaign was launched on Saturday, January 12, at the Liberal Party's Leadership Delegate Election Meeting in Barrie. PSAC members who work at Georgian Downs Racetrack pressured the leadership hopefuls to take a stand on the Slots at Racetracks program, and to ensure that good jobs remain part of the OLG's modernization plan.